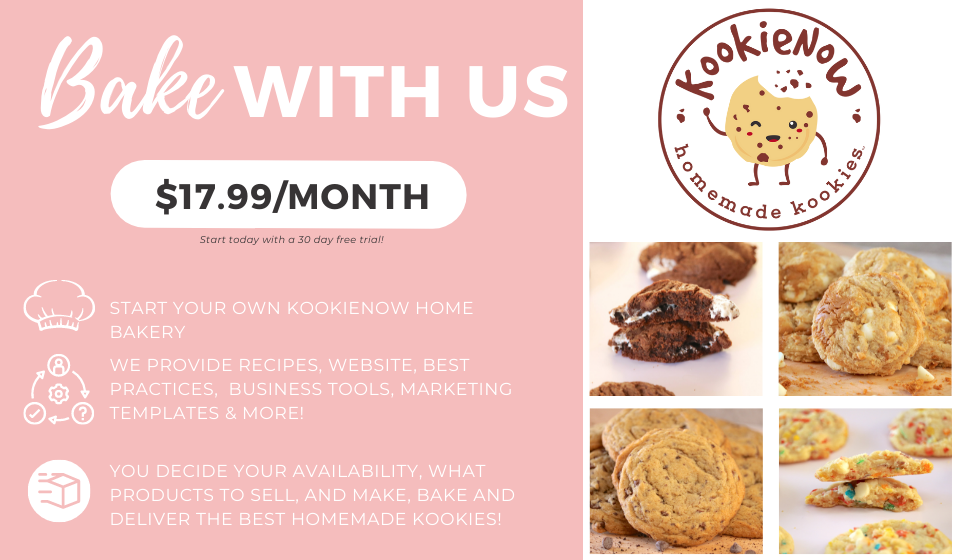 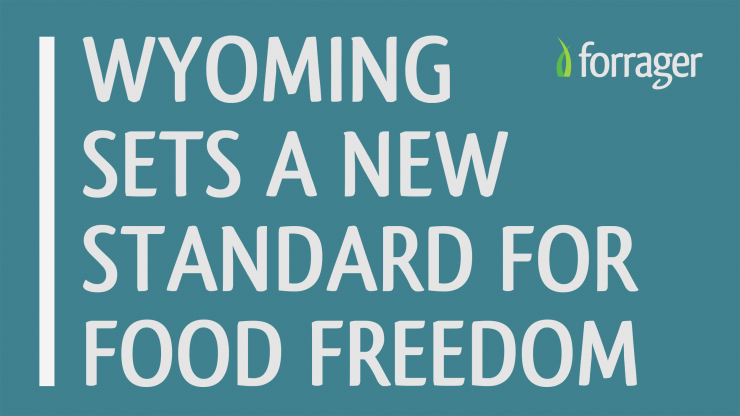 As of today, Wyoming’s new amendment (HB 84) to their food freedom law takes effect, and it’s a big improvement. Because although their 2015 law has always been the best food freedom law in the country, truthfully, it still lagged behind some of the best cottage food laws in some ways.

Up until now, Wyoming’s law has been limited in two major ways: the home consumption restriction, and lack of indirect sales. Today’s amendment removes both of these restrictions:

The home consumption requirement has always been a strange one. Basically, it required all food sold under the law to be consumed in a home. Therefore, a wedding cake for a wedding at someone’s home would be allowed, but that same cake for a wedding at a golf course would not. And technically, a buyer at a farmers market or event needed to take products home to eat them, but that was out of the seller’s control.

While Wyoming’s food freedom law allows way more types of products than most states, none of those could be sold indirectly at retail locations like grocery stores, restaurants, and coffee shops.

In this way, Wyoming’s food freedom law was similar to a typical cottage food law, since most states only allow direct, in-person sales of homemade food. Currently, there are 17 states that allow indirect (wholesale) sales in some way.

And the best part is that they have added this without adding almost* any form of government oversight (no licensing, permits, fees, etc). In this way, Wyoming has essentially added one of the best cottage food laws onto their already-great food freedom law.

* They did add a $250,000 sales limit, which if you ask me, shouldn’t be slowing anyone down. They’re basically preventing large farms from using this law as a loophole.

Wyoming’s amazing law has been ranked at the highest level on Forrager’s map for over 5 years.

But now Wyoming is so far ahead of every other state, they are truly in a league of their own. I wanted the map to show that, and I couldn’t really make Wyoming any “greener”, so I decided to turn it blue!

And now it really stands out on the map, as it should.

Comparing Wyoming To Other States

Other states have some elements of Wyoming’s law:

Wyoming has essentially combined the best parts of everyone else’s laws into what is easily the best cottage food and food freedom law in the country!

What It Means To Be Free

You might be thinking: what would my state need to do to get the same blue “freedom” status on the map?

This is what I setup as the requirements in Forrager’s system. Any state that has all of these elements will automatically be labeled blue:

Basically, individuals should be free to sell their homemade food with as few restrictions from the government as possible, just as people have done for most of human history.

As great as Wyoming’s law is, it does have some restrictions and it’s still not perfect.

However, Wyoming has consistently improved their law, and I’m sure they will consider removing some of the below limitations in the future, if things go well. And up to this point, things have been going very well.

In fact, in all 5+ years of this law existing, there is not a single known outbreak of foodborne illness that has resulted from it.

Here are some of the things that prevent Wyoming’s law from being truly free:

In my mind, one of the most glaring omissions in Wyoming’s otherwise great law is the restriction of in-state shipping.

18 states allow some form of in-state shipping, and online sales are becoming increasingly prevalent, especially with the recent changes due to the coronavirus pandemic.

At the very least, I would expect Wyoming to allow shipping for nonperishable foods in a future amendment.

Interstate shipping, on the other hand, is likely out of the state’s control since interstate commerce is federally regulated.

Wyoming allows producers to sell poultry products (like chicken pot pies), but only if they raise the birds themselves, and raise no more than 1,000 birds. It isn’t possible for someone to buy poultry from a farmer or store, make something at home with it, and then sell it.

Red meat (beef, pork, lamb, goat), on the other hand, is completely prohibited. Even a farmer cannot use this law to sell products made with their meat.

To be fair, it appears that Wyoming doesn’t have much control over this, as the USDA has tied the hands of states that want to free all of their food. We learned this when Maine created their food sovereignty act in 2017, which initially allowed all food items, until the USDA promptly threatened to take over all meat inspection in the state unless the law was changed.

And to give credit where credit is due, Wyoming has even found some loopholes that let farmers pre-sell portions of their livestock without USDA inspection, thus removing middlemen, improving access to local meat, and making it easier for small farmers to profit from their farm.

In other words, Wyoming is doing just about everything it can. It’s likely that it will take a federal law change before we see progress on this front.

Wyoming is eliminating their unique “home consumption” restriction, but they are adding a new restriction that is not found in any other state. For indirect, nonperishable food sales, a retail store cannot have homemade products on the same shelf as a commercially-produced product.

I talked with Erica Smith from the Institute for Justice about this on the podcast, and it will be interesting to see how retailers handle this. Theoretically, it is possible for a grocery store to set aside shelves for homemade food throughout the aisles of their store, but I doubt they will do that. More likely, they will put all homemade food on its own display stand at the front of the store.

In some cases, this could be beneficial. For instance, buyers might first stop by the homemade food stand before they do the rest of their shopping, because they want to support their local home producers.

But even still, this requires a change in consumer behavior. If someone wants to buy bread in the grocery store, they’re going to look in the bread section. If they want to buy jam, they’ll go to the condiments aisle. Ultimately, this restriction could prevent people who prefer local food from even realizing that another option is available in the store.

I agree that customers should be fully informed when buying homemade food, but I think there may be a more seamless way of doing it. For instance, retailers could use hanging tags to notify customers, the same way they use them to call attention to items that are on sale.

And this restriction might not even be necessary, since the law already requires these foods to be “clearly and prominently” labeled as homemade foods.

Of course, Wyoming’s food freedom law won’t be truly free until all of the foods that it allows for direct sale can also be sold indirectly through stores.

Admittedly, allowing homemade perishable products to be sold in commercial food establishments is quite unlikely in the near future. That type of amendment would likely be met with a ton of opposition from various organizations.

Even still, Wyoming legislators can choose to allow this at some point. There aren’t any federal regulations preventing it.

Although Wyoming could still improve their law, they have truly set a new standard for what a cottage food law and food freedom law can be.

And for that, I think they fully deserve to be separately recognized on Forrager’s map for their best-in-class law.

Hopefully more states can follow their lead and attain the new blue “freedom” status as well!

Does this include hand made essential oil items like lotions, candles, massage oils, etc.?

No, Wyoming’s food freedom law is only for consumable items. But I wouldn’t be surprised if they also make it very easy to sell homemade body care products. I’d start by contacting your local health department.

Hooray for the Wyoming cottage food industry! Thank you for keeping us updated.