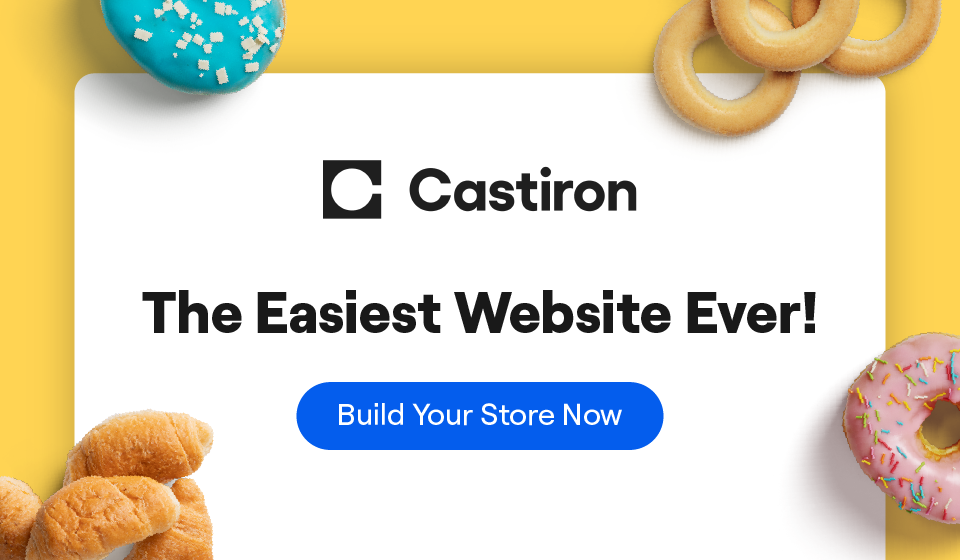 Jill’s cottage food business journey is nothing short of remarkable!

Ever since starting it in 2018, her business has exploded, and she has now created an entire product line for Michaels stores across the nation!

Yes, you read that right. Now anyone can buy her molds from the store and make her chocolate piñatas themselves!

Jill’s success is what so many entrepreneurs dream of. In fact, she can hardly believe it herself. “I just feel like I’m still dreaming,” says Jill.

How did she go from small cottage food business to nationally-recognized brand in just a few short years? That’s what you’ll learn in this two-part interview.

In this episode (Part 1), Jill shares how she built her chocolate piñata business from the ground up, including the many challenges along the way.

And in the next episode (Part 2), Jill shares how she created a product line of chocolate piñata molds for Michaels stores across the nation.

In 2011, Kourtney had romantic ideas about starting a pie business and selling at the local farmers market. But life (jobs, family, kids, etc) got in the way and it wasn’t until 2019 that her dream became reality.

Kourtney Rojas lives in Anaheim, CA and sells fruit pies, chess pies, and other pastries with her cottage food business, With Love, From Scratch.

After 8 years of selling pies sporadically to family and friends, she finally decided to turn her pie hobby into a real business. She entered a pie contest, started posting high-quality photos on Instagram, and she’s never looked back!

After only two years, she has amassed over 3,000 followers on Instagram, and she now sells over 100 pies per week!

As a stay-at-home mom, she has learned how to say “no” and turn down opportunities that aren’t a good fit for her.

Having a home business has given Kourtney the freedom to adapt her work life to her family, not the other way around. But she’s also not afraid to admit that finding the right balance between the two is often a struggle.

Although her business journey has required flexibility, patience, and constant learning, Kourtney explains why it has unfolded in exactly the right way.

With over 300,000 followers, Liz Marek has become very well-known in the cake decorating community! She lives in Beaverton, OR and teaches beginner and advanced bakers how to craft amazing custom-decorated cakes through her online business, The Sugar Geek Show.

Liz began her cake decorating business as a side job just 13 years ago. After running that business from her licensed home kitchen for many years, she started winning cake competitions and making more of a name for herself.

Liz has written books, appeared on television and the Food Network many times, and traveled around the world as a professional speaker. She is a mom to two young children, and she now focuses solely on teaching online through The Sugar Geek Show.

In this interview, Liz shares plenty of helpful tidbits about running a cake business, but what I found most compelling were her many missteps and consistent persistence along the way. Things often didn’t go the way she hoped or planned, but she still made something great out of it by constantly reinventing herself!

In fact, by the end of this episode, you will learn that if things had gone the way that she planned, she almost certainly wouldn’t be where she is today.

Jeremy Davis is no ordinary dad! On top of working a full-time job and helping his kids with their homework, activities, etc, he runs his lucrative custom cake business, Designed By Daddy, from his home in Charlotte, MI.

But that’s not all. Last year, Jeremy went from being a longtime fan of Food Network competitions to actually participating in one, and then winning it! Then he appeared on Good Morning America, and now he will be back on the Food Network in a couple weeks (March 1st, 2021) for another baking contest.

Unlike most people, marketing his business was the easy part. The hard part was learning how to bake and decorate cakes, since his wife did “all the cooking” in their family, and he considered his former self a “horrible artist”.

If you want to learn how to build a strong social media presence, you won’t want to miss this one. Jeremy breaks down Instagram’s algorithm, and also describes how he used local Facebook groups to build a following quickly.

In addition to sharing an effective social media strategy and giving us a behind-the-scenes look at what it’s like to be on the Food Network, Jeremy talked about cake pricing, dealing with customers, and why he thinks men usually don’t decorate cakes!

For Barry Sherman and his life partner, Scott, their cookie business is about a lot more than the cookies!

Since 2018, Barry and Scott have run their eco-friendly and socially-conscious cookie business, Urban Bakers, in Tampa Bay, FL.

Initially they started from home due to Scott being diagnosed with early onset of Parkinson’s Disease, but they quickly expanded to a commercial kitchen.

Their dense quarter-pound cookies are very unique. They come individually-wrapped in compostable bags with compostable labels, and the quality of the ingredients is top-notch. They also come in a variety of flavors, including root beer float, piña colada, and spicy dark chocolate chili.

In addition to operating their business as sustainably as possible, they also give back by donating a portion of each sale to a different charity each month.

Barry talks about the triumphs, challenges, and surprises of running a high-end drop cookie business, and what he’s learned along the way.

These days, Dough Boy Donuts is a popular gourmet donut shop that is bustling with customers and employees, but it all started from very humble beginnings.

In 2014, Melvin Roberson used Texas’ cottage food law to start his donut business from his home kitchen. A year later, he expanded to a food truck, and eventually, to a brick-and-mortar location in Fort Worth, TX (now relocated to Burleson, TX).

Melvin has faced plenty of obstacles along the way, including negative customers, family feuds, and a failed Kickstarter campaign.

But through perseverance, sacrifice, and plenty of hard work, he has built a loyal customer base that keep coming back for one of his unique signature donuts, like the Sriracha Maple Bacon or The Last Call.

Melvin’s has a tremendous amount of experience in the food industry… before building a successful food business through three different stages (from home, food truck, storefront), he held just about every food service position available, ultimately managing hundreds of employees as the kitchen manager at a popular steakhouse.

Noel started baking gluten-free for himself when he was diagnosed with celiac disease 20 years ago. Then he started baking sugar-free and low-carb for his “Mami” (mom), who had diabetes.

After Mami passed away in 2019, Noel finally decided to start selling the baked goods that his family and friends had raved about for years.

He started selling to coworkers, and soon enough, they were keeping him busy with orders every week. They also had no problem paying top dollar ($40 for a coffee cake, anyone?) for his products, even though most of them had no diet-specific needs!

Only 6 months in, Noel is still in the early stages of his business. Despite his consistent sales and enthusiastic customers, there are growing pains as well.

Noel shares a view into the ground floor of a new business, including his process for improving recipes, pricing products, building an email list, attracting raving fans, sourcing ingredients, and finding time to run a side business while working two part-time jobs.