Kiminy’s Crickets sells homemade cricket cookies! We make our cookies with cricket powder, which adds protein, nutrients, and a slightly nutty flavor that fits right in! Crickets are a delicious, sustainable, and environmentally-friendly source of protein. We hope that our cricket cookies will play a small part in making the world a better place!

Our current products include Chocolate Chirps, Crickerdoodles, and Fire Crickets. Chocolate Chirps can be ordered with double the dose of cricket power by selecting “Extra Chirpy”. Fire Crickets are available in a Gluten-Free variety. We hope to offer more varieties of cricket cookies soon, including PB&C, Crickets Go Buzz, a few different holiday-themed cookies, and additional customizations for each cookie. We also hope to offer some awesome swag and add-ons in the near future, including reusable tote bags, stickers, greeting cards, and gift packaging for any holiday you’re celebrating.

Kiminy’s Bug Blog has news about everything from entomophagy (the practice of eating insects), interesting bug facts, my adventures in starting and running an online bakery, the dessert scene in NYC (especially the Upper West Side), sustainability and the environmental impact of various protein sources, cottage food laws in New York, and so much more!

Kiminy’s Crickets was founded by Kim Johnson in November 2021. Kim has a background in software engineering leadership, and has worked as a QA Specialist, Software Developer, Product Manager, Engineering Manager, Engineering Director, and VP of Engineering. She has experience ranging from early-stage startup to corporate enterprises, and is well-versed in being adaptable and learning whatever skills are needed to get the job done.

Kiminy’s Crickets is a home-based bakery in New York City that specializes in cookies made with cricket powder.

Kiminy’s is a registered cottage food business operating under New York State’s Home Processor Exemption. This means that all all of my cookies can only be sold within New York State.

My mission is to play a role in helping Americans overcome their reluctance to eat bugs, paving the way for a new protein that’s sustainable, environmentally friendly, and will help meet the world’s ever-increasing nutritional demands. Crickets are packed with protein, prebiotics, B12, amino acids, iron, and calcium, and their smoky and nutty flavor pairs incredibly well with cookies!

What does success look like? When we start farming crickets in space as a food source for long-running manned missions to the outer solar system, our astronauts will see it as just another ordinary kind of food that everyone enjoys. I can promise you that Kiminy’s homemade cricket cookies are way better than freeze-dried ice cream.

Hi! I’m Kim Johnson. I’m a wanna-be multi-hyphenate Renaissance woman hoping to make a positive impact on the world. So, I started Kiminy’s Crickets to do exactly that.

As you might have guessed, I’m the founder, owner, and sole employee at Kiminy’s Crickets. I’m also the Head of Digital Product for ata football. I’ve previously held roles ranging from Software Developer all the way up to VP of Engineering, as well as Product Manager, Program Manager, and QA Specialist. I got bit by the tech bug way back in high school when I joined a FIRST Robotics Team (and met my future husband), then received Bachelor’s and Master’s Degrees in Computer Science at Stony Brook University.

I live on the Upper West Side next to the American Museum of Natural History (my favorite place on earth) with my husband Tim, and my two cats Echo and Zoe.

Growing up, I certainly loved making messes with Play-Doh, but I never really baked until I was in my 20’s. Around Halloween one year, I baked some butter cookies for my coworkers using my Grandma’s recipe, and some some really old cookie cutters that I got as a kid in a Happy Meal. Everyone said the cookies were great, so I kept on baking.

Being a nerd, in 2011 my friends and I started going to a gaming convention Penny Arcade Expo (PAX) in Boston. Penny Arcade has a charity called Child’s Play that donates games to children’s hospitals. “Play games, feel better.” There’s an organization called Cookie Brigade where people volunteer to bake cookies and give them out to fellow PAX attendees, collecting optional donations for Child’s Play along the way. Sometimes you just give away a cookie, sometimes you get a dollar or two, and (surprisingly often), sometimes people donate $20, $50, or $100. (Nerds are often pretty awesome like that.) In my first year volunteering, I baked 1,728 cookies (12³) of 17 different varieties. The favorite was a cookie I named Forbidden Island, which is still one of my all-time favorite games.

I had always been an adventurous eater. I think I was about three when I simply decided that lobster was my favorite food. I hadn’t actually tasted lobster yet, but I knew I wanted to eat that thing in the tank. This was later confirmed on my sixth birthday when my parents finally let me order my first edible arthropod at the Steam Room in Port Jefferson, NY. I loved it. I got to wear a bib, it was fun to eat, and it was delicious! Lobster is still my favorite food for precisely those reasons, in that order.

On my 12th birthday, I made my parents let me try sushi. Now, I know that doesn’t sound all that adventurous these days. But back in 1996, sushi wasn’t really a thing in the suburbs of New York. We didn’t know anyone who had ever eaten raw fish. My mom was absolutely, 100% sure I was going to die. My friends and classmates all thought it was disgusting. I loved it.

(The California Roll is often credited with helping sushi go from being considered from “gross” to most people in the US, to being widely accepted and available literally everywhere in just a few short years. Maybe my cricket cookies will do the same for eating bugs. A “gateway bug”, perhaps…?)

Since then, I haven’t had a ton of opportunities to flex that “adventurous eater” muscle. A few notable meals include a burger made with meat from a bear that my husband’s aunt (Wendy DeSmidt-Kohlhoff, of Survivor fame) had hunted herself in Maine, grilled alligator tail from The Crossroads in Garwood, NJ, and pretty much every kind of meat that a food truck named Dark Side of the Moo in Jersey City, NJ had to offer. For my birthday in 2015, my husband found a restaurant named Toloache that had crickets on the menu… and I, of course, loved it.

In May of 2017, my husband and I attended a Member Open House at the AMNH (have I mentioned it’s my favorite place on earth?). Right at the entrance was a table covered in bugs. Edible bugs. Whole mealworms covered with powdered cheese, Chirps Chips, Exo protein bars, and pretty much every other edible insect product on the market at that time. I tried one of each, and snuck back in for seconds. I loved all of it!

From the volunteers at the booth, I learned all about insects as a sustainable food source — music to my ears after reading Omnivore’s Dilemma by Michael Pollan. I had already established an “eat food, not too much, mostly plants”-based diet, always being sure to allow exceptions when I had an opportunity to try something new, or as a courtesy to not overly burden a host if I was their guest. It clicked right then that bugs are a pretty good the answer to at least some part of this ongoing dilemma.

I went home, ordered a whole bunch of cricket powder and a few other insect-based treats, and put a hold on every book in the New York Public Library that had something to do with eating bugs. I studied up, learned everything I could about crickets, and proceeded add a bit of cricket powder to everything I made, from chili to cookies.

And the first batch of chocolate chip cricket cookies I made were really, really good. The cricket powder made them better. I brought them into work. I “convinced” (forced) my coworkers to try them. Many did, and everyone liked them!

In June of 2019, I later attended a “Bug Night” dinner at the New York Hall of Science, catered by Chef Joseph Yoon of Brooklyn Bugs. Bugs as a fancy meal! I was so happy to see there’s someone out there acting as an “insect ambassador” to raise awareness on the benefits of eating bugs.

And for a few years, that was that. I’m a tech leader, I enjoy working at startups, I love to bake, and I eat bugs.

I had always assumed that after I retire from software, I’ll probably last a week or so before I want to go back to work. My dream job was always to be a tour guide at a museum (I hope you can guess which museum by now). I still might do that one day, maybe when I grow up. Or, maybe I’d start my own business — probably something to do with cookies.

In October of 2021, I was kind of stuck, and figuring out what I wanted to do next. I was a bit burned out from my last two roles, still struggling with working remotely due to the pandemic, and really unsure of what “should” be the next step in my tech career.

I was considering a full-time role that paid very well but didn’t sound incredibly fulfilling or challenging. I also had an opportunity to work for a startup with an awesome mission, new and exciting challenges, and a wonderful team… but it wouldn’t be full time. What would I do with the rest of my time?

On October 20, 2021, PBS Nova aired an episode on “Edible Insects“. I learned that the movement to introduce bugs into the American diet could still benefit from a few more helpers. It still needs a gateway bug, maybe something a little more on the sweet side?

Can I even sell home-baked cookies like this? I was delighted to find out that New York had just expanded their cottage food laws in May, now allowing online sales within the state.

Wow. So, I’m doing this. I turned down the full time role, I accepted the part-time Head of Digital Product role with ata football, and I registered Kiminy’s Crickets as a business. I launched kiminys.com on November 14.

If you have any questions, suggestions, requests, or feedback, visit our Contact page to reach out to us. We hope to hear from you soon! 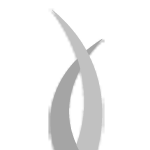